Today was a mixed bag of moments. 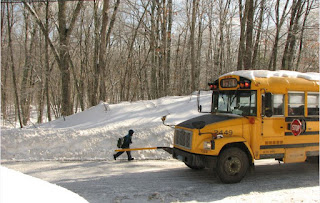 School had a 90 minute delay today due to some snow and ice that came our way yesterday.

I must say it sure was beautiful looking at the ice on the trees as the sun was shining down upon the branches.  It looked like all the tree branches were a cluster of chandeliers.  All the branches looked encased in crystal. 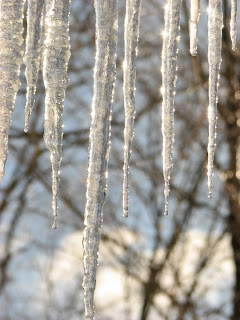 While waiting outside for the school bus with my son K (my son M was inside keeping warm with my husband - it was too cold for him to be outside) we played soccer in the driveway using a chunk of ice covered in snow that was about the size of a hockey puck.  For those few minutes of playing in the driveway I felt like I was a kid again and didn't want the moment to end (it was different riding the bus growing up as it was at the end of our street and I spent allot of time being bullied at the bus stop).  It was nice having some of that one on one time with my son that I miss so much.  For the first three and half years of his life he was the only child and now my time is split in more ways than just two (so it seems).  After K got on the bus I was off to collect M to go somewhere - anywhere!  The last few days of being stuck in the house were grating on my last remaining nerve (not to mention I think there have been 7 or 8 official snow days since Christmas break).

I entered the house to collect a snack and M.  M wanted no part of going anywhere and he would run from me screaming anytime I got close to him with his winter coat.  After about 5 minutes of me trying to cajole him I told him I am leaving in the hopes he would try to follow me out the door.  I was wrong :-(  At this point I was about to lose it.  I told M I was going to be right back and then I loaded the diaper bag into the car as I was going to need both arms to get his coat on and carry him out to the car.  Of course when I came back in the house (after about a 30 second leave of absence) he was screaming (my husband was home so I didn't leave him in the house all by himself).  When I got back in the house my husband was consoling M.  I then packed up M and put him in the car with him still screaming.  I listened to the screaming all the way to the community center, in the lobby and finally in the gym.  Nothing would make him happy so it seemed.  He calmed down eventually and I just walked around the gym holding him -  ahhh the silence and cuddles were heaven!

On the way home all was quiet in the car and I pulled over several times to take a few pictures of the glistening ice on the branches.  The day was busy and beyond frustrating at times but it was nice to take in the breathtaking moments.  I've found stopping and taking in the little moments are worth way more than burying my stress with the cupcake sitting on the counter.  Wishing everyone a few chandeliers and breathtaking moments (not the kind of breathtaking moments with a screaming 22 month old in the background of course :-) 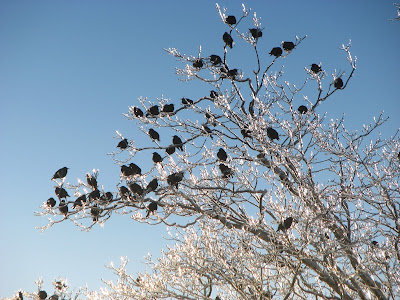 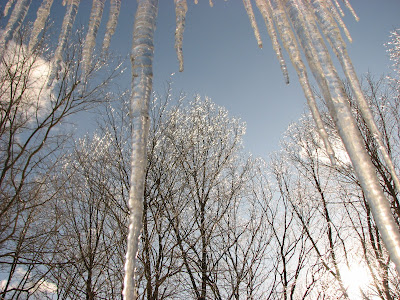 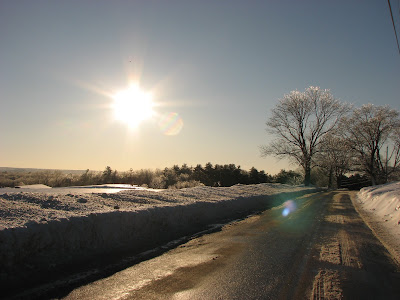 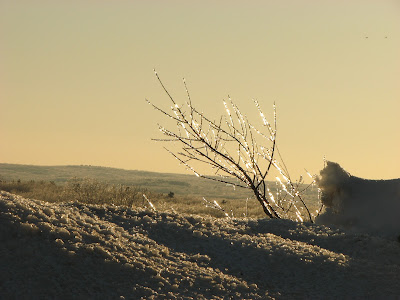 September 18, 2018
Growing up I always felt like I had to 'do what I was told' or else. A lot of what I learned as a child in terms of relationship bonds and my place in the world is mirrored in my adult relationships. It's taken me many years to figure what my mirror is showing me both good and bad. I'm guessing many woman (not all) have felt the pressure to conform to others expectations and at the same time not wanting to hurt anyone's feelings or risk being seen as uncooperative. The price woman have paid over the decades has been insurmountable. I think of the mom on Leave It To Beaver, and how woman either bought into or felt that's what they should aspire to. Later on in television was the Mary Tyler Moore Show. The show was about a single woman in her thirties working at a TV station. In the show she was portrayed as a strong independent woman who knew more than those she worked with. Many decades since then more women are in the workplace than ever and more are showing
Post a Comment
Read more