Half Marathon Recap - Part I

September 19, 2011
Yesterday was the Surftown Half Marathon and it was a beautiful run!  It was a flat run by the ocean in Westerly/Watch Hill, RI.  The views were beautiful and the weather was in the 50's (at 7:30am) and it was sunny.  Perfect running weather.  Not too hot and not too cold.  There were approximately 800 + runners so it wasn't crowded. 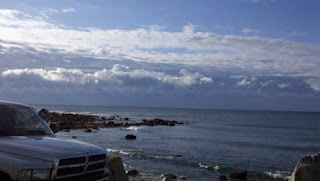 The gun went off and my running comrades and I started off at a fast pace (much faster than my normal pace).  After four minutes was our one minute walk break and when we started running again we went a little bit slower.  I wanted to finish strong and not burn out before reaching the finish line.  At one point during the race we switched our intervals to run three, walk one.

The course took us along a a beautiful view of the ocean and through some really nice neighborhoods.  Some of the residents were outside in their bathrobes cheering us on as the smell of bacon filled the air as some where in their homes cooking up their morning breakfast.

The runners in this race were all different shapes and sizes.  Some were on the larger side and reminded me of myself before I lost any weight and some I could tell have lost a lot of weight.  I could tell who the big weight loss runners were by seeing the back of their arms as they ran (I have the same arms).  My arm muscles are super tone and as I extend my arm you can see the wrinkled skin hang below as you look at the top of my arm and you see muscle definition. 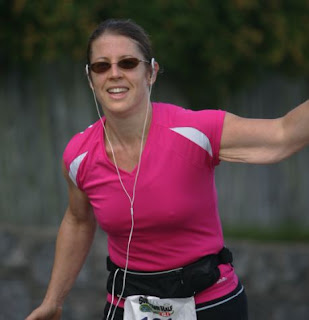 The extra skin comes with the territory of losing major pounds and unless I get surgery to take off the excess skin it will remain a part of my body (I have no plans for surgery).  While I must admit it's not the most attractive thing to look at it's a reminder of how far I've come and what I need to do to stay healthy.

I learned allot that day.  A few of the people in our group were seasoned runners and for one of them this was her 12th half marathon.  I must say I was humbled by her as she was already sick before the race with a cold (later to find out she had bronchitis).  She was behind the pack and was in allot of pain.  Her left leg was seezing up on her and all her muscles were cramped and tight.  She crossed the finish line with a smile on her face even though she was in pain. I was amazed at what she endured to cross the finish line.  There were allot of people I saw cross the finish line that amazed me.  I saw some very large runners cross the finish line and I was in awe at how there bodies could endure them running that far.  I think back to when I was at my largest and walking was a challenge never mind running.  It's amazing what the human body can endure with some training and sure will.  I learned even the most trained fit body's can also have a bad day and we need to take the good days with the bad.  There's a lesson in everything and it's the bad moments that make the good moments that much sweeter.

My bodies energy during the race was great until around mile ten.  I felt my calf muscles tightening and in addition to that my mp3 player called it quits so I was without my music for the rest of the run.  It was hard for me to maintain a pace as I usually time myself to the music I'm listening to (it also gives me that extra kick in the butt to keep going when I want to stop).   My running was 'all over the place' when trying to keep a pace so I played the beat to the song Lose Yourself by Eminem in my head.  The furthest I've ever run before was 10 miles and my body was telling me so.

So what was my goal for my first half marathon?
To finish no matter what and if I was lucky I would finish strong and as a bonus I was hoping for a time of no more than 2 hours and 20 minutes.

In the end:
I finished strong and ran it in 2 hours and 14 minutes with a 10min 15second mile.  While that was slower than many people who ran I'm happy I finished.

Cheers! and get out there!

September 18, 2018
Growing up I always felt like I had to 'do what I was told' or else. A lot of what I learned as a child in terms of relationship bonds and my place in the world is mirrored in my adult relationships. It's taken me many years to figure what my mirror is showing me both good and bad. I'm guessing many woman (not all) have felt the pressure to conform to others expectations and at the same time not wanting to hurt anyone's feelings or risk being seen as uncooperative. The price woman have paid over the decades has been insurmountable. I think of the mom on Leave It To Beaver, and how woman either bought into or felt that's what they should aspire to. Later on in television was the Mary Tyler Moore Show. The show was about a single woman in her thirties working at a TV station. In the show she was portrayed as a strong independent woman who knew more than those she worked with. Many decades since then more women are in the workplace than ever and more are showing
Post a Comment
Read more